How Did They Do That?

Ever wonder how an author comes up with that great idea, that unforgettable character, that scene that brought tears to your eyes? Do you ever think about characters long after the book is closed and wonder what they are up to? Does your favorite author write longhand or straight to the computer? What inspires them? Well, here is your chance to hear it straight from the authors. All the things you wanted to know. Enjoy!

5 Secrets to Dating in The New Year 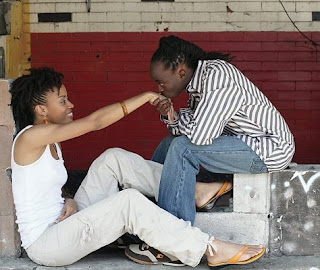 A New Year and a New You. Dating is as old as molasses; however, there are new ideas and perceptions when it comes to dating in this hi-tech day and age. Many are single or are recently getting out relationships and marriages. If you are just joining the dating scene as a woman, there are some important things to consider before you go on that first date.

1. Love Yourself First
If you are depressed or have low self-esteem, you need to deal with that immediately before you even think about entering the dating scene. Do not think that dating someone and searching for love is going to cure your low self-esteem or depression. It will not. In fact, getting involved with someone while you’re low on self-love may very well make you feel worse.

Don’t be so desperate to jump into a relationship, because when we are low on self-love, we sometimes have too many expectations of another, and we rely on someone else, like a man to make us feel loved. Men can sometimes notice these types of women. They are usually the ones who will go all out of their way to please a man’s every need, and will sleep with a man too quickly.

These men may very well take advantage of you, or say things that sound wonderful, but actually, they don’t really mean a word of it. It boils down to a man’s actions that will bring his true colors out. Always love yourself first. That is Rule #1. Loving yourself first is a beautiful quality that any real man will appreciate. Continue Reading by clicking here...

ABOUT THE AUTHOR:
Tinisha Nicole Johnson is an author, writer, and poet. “5 Secrets for Dating in the New Year” is based off her non-fiction, self-help book Lessons Learned: Loving Yourself as a Black Woman. Tinisha also hosts political and sports teleconferences as a profession. Learn more and connect with the author at her website: www.tinishanicolejohnson.com

Stayed tuned for Tinisha's April Virtual Book Tour….Visit her website to check out where she'll be…More information to come…

Posted by Anonymous at 5:42 PM No comments:

Ok, i really have to respond to this reader's question:

All the killing and mayhem going on in your brain, how do you sleep? You have me on tenterhooks! V.

Someone asked me this a while ago when I initially published Stone's Revenge back in 2004. Matter of fact, the reader called me in the middle of the morning and asked me the same question.

Oddly enough, I had laid the rough draft for Stone's Revenge when I was only sixteen. William was one of the first dark ominous characters I created and he still scares me to this day.

Similar questions posed to me are, were you abused as a child, did you get bullied a lot, and so on...

Posted by Sylvia Hubbard at 3:29 AM No comments:

Figuring Out The Mysterious Mr. Black

(story spoiler... if you're reading the mysterious Mr. Black live story, you shouldn't read this until after part 20).

I'm in this love hate relationship with the character because of who he is and how life has made him, plus how he treats the female protagonist of the story has made it difficult for me to come to like him much.

My job as a writer is to help them through the change all the while weaving a story as this change is happening.

Today, I found out why Xavier is like he is. Now I know I'm in the middle of writing. Matter of fact, we've already made it to Chapter 19, which is one chapter off the halfway mark.

The protaganists have yet to make love although in chapter 20 they're going to come especially close, but I couldn't in my right mind allow it to happen.

Just like when I wrote His Substitute Wife...My Sister, I had to fight my way through the muck of each character's past life in order for them to allow love into their heart.

And that's true in real life. We do have to fight a lot of things that have happened to us in order to accept true unconditional love in our hearts, minds and souls.

Xavier Black is an emotional warrior and as this story progresses, I'm excited to see where he's going to take us.

about the story:
Jen (the woman) is having a very bad life with nowhere to go but up. Fate brings a mysterious stranger to her, yet she can’t figure out if he’s for the good or the worse.
To start off reading The Mysterious Mr. Black or just test the waters, please check out Part 1 that's not encoded.

If you want to read more, then go to the contact page and request the password.
Posted by Sylvia Hubbard at 2:46 AM No comments:

Unexpected is the love story of a business woman Dahlia Ray. A weekend up in the mountains away from work turns into more than just a relaxing get-a-way.

Visit the author behind this ebook at her website: www.TinishaNicoleJohnson .
Posted by Anonymous at 9:44 AM No comments:

But the action scenes have been a challenge for me for a while.

The best action scene I've written is in Stealing Innocence when Onyx and Lethal entered the house and Onyx took that guy out with extreme prejudice. Dropped him like a bad habit and didn't blink. Then there was the warehouse scene where the bad men were shooting up a storm with the kids and Kimberly.

I liked that one.

Although that the scene where William fought with the killer in Stone's Revenge was pretty good too.

I mean when its involved in killing I've been surpriseningly and scarily pretty good too.

The Hearts have always been an action family and they've been a good outlet to write. But these darn action scenes are so damn detailed in this book because I'm dealing with more than one Heart at a time and they've all got drama of their own that weaves around main story line.

Writing action (fighting and showing the emotional impact to each character involved) is like describing a Jackie Chan and Jet Li fighting with a lot more blood involved when it comes to the Hearts. This means something to the characters and if you've kept up with the Heart of Detroit series, you know that it means a ot to you as a reader that I do justice to each scene.

This makes it more complicated and harder to write.

Or more like exhausting. Can you just imagine having all these big strong overwhelming men in one room all talking and doing things? That's how I feel and that's why i've been slow at posting to my live story Emperor's Addiction because I have to take them one layer at a time so I don't feel so damn overwhelmed (especially when dealing with King and Lethal.)
I'm currently trying to get this story out the way and concentrate on my conference.
Posted by Sylvia Hubbard at 11:01 AM No comments:

I will be doing a Virtual Book Tour on several blogs. Schedule coming soon and so are my tour stops.
Pump Up Your Book Promotion will be hosting me. Learn more about the author behind the mystery novel, Searchable Whereabouts and learn what advice I give to aspiring authors.

Virtual Book Tour scheduled for the month of March

Where does it all come from? Certianinly not from personal experiences because my life is very boring.

I work in a 311 call center for the City of Detroit. Now Detroit is the Murder Capital, Hair Capital, we're the brokest city (highest foreclosure rate) and we're the fattest city.

Another title is that Detroit should be Drama Capital of the world.

I've lived and been to a lot of cities. I'll read other city's newspapers, but never have I seen the complications of human interaction that takes place in the wide open in Detroit.

We don't wait to get behind closed doors. We love to get out in the open and tear someone a near hole in the rear and this makes life just a little bit more interesting here (hence our popular titles) and for me as a writer, I find that it makes great fodder for books.

Now a lot of readers do relate with the stuff I put in books and I know it happens in other cities, but nothing like Detroit. (That's just my opinion)

My latest venture His Substitute Wife goes into the emotional drama of a woman realizing when it was too late that she had a good man and has to stay with the decision to share her man or lose him. On top of that he wants a baby and neither woman, who are twins, he's sleeping with can give him that. So she does what any woman would do find another woman who would give it to him, her younger sister.

Keeping it all in the family, in the end one sister will die, one will lose and one will get everything she desires.

Read the drama filled live in progress story starting in January of 2008. Click here to subscribe or check out my blog at: